How does the keyless system work and what to do if it fails? 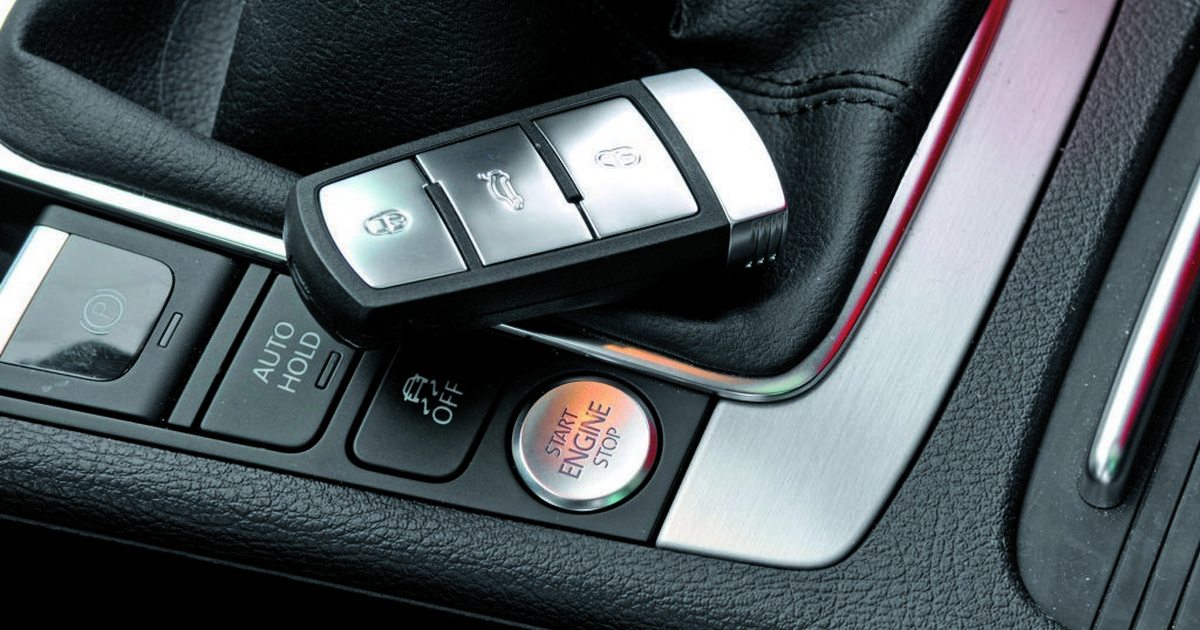 How does the keyless system work and what to do if it fails?

The keyless system - how does it work?

When the car detects an attempt to open it, it sends a low-frequency signal (usually 125 kHz) in a fraction of a second, whose task is to activate the remote control located in the key. If it is close enough to receive this signal, it "replies" to the car, but on a higher frequency, eg 433 mHz, and transmits a unique code authorizing access to the car. Only at this point can the door be opened.

The communication range between the pilot and the vehicle must be as short as possible (usually up to several dozen centimeters), if only so that no unauthorized person could get into the car in a situation when the owner of the key is nearby. In addition, usually only the handle closest to the remote control is unlocked. This solution is to protect access to the car, e.g. during a stay at a gas station.

Skoda Octavia with a soft hybrid. How is such a duo doing?

In a modern car, equipped with a factory keyless access system, you can usually find a dozen or so antennas and sensors that monitor what is happening with the key and are used for communication between the remote control and the car. The antennas are usually located around the door handles, at the tailgate, in the boot and in several places in the car's cabin.

The system must also ensure stable communication even in the event of electromagnetic smog typical of city centers. Precision in locating the key is important - starting the car must be impossible if the remote control is even a few centimeters from the car.

Keyless system - under surveillance at all times

Once an authorized person is in the car, it does not mean that all security measures have been deactivated. The system still accurately determines the position of the pilot in the car. Usually, the car will not start if the key is in the trunk or the rear seat, for example - this is a deliberate solution. As a rule, only the driver's seat and the center tunnel are allowed. When you try to start the car, the situation is similar to opening the door - pressing the "start" button sends an activation signal to the remote control, which must respond by sending an authorization code - it happens in fractions of a second, almost without any noticeable delay.

What happens if the key disappears from the car with the engine running? Currently fitted systems cannot stop the car. It would be too dangerous! Even the accessory "anti-attacks" cannot be equipped with such a function for several years. In this situation, a message will appear on the dashboard that the system has not recognized the key or that it is outside the car, but the engine will continue to work until it is turned off manually. After turning it off, you will not be able to restart it or lock the car. Driving may also be accompanied by a nuisance warning signal. All this so that the owner of the key does not forget to pass it on to another driver, e.g. when getting out of the car.

Keyless systems offer a wide range of configuration options for additional functions. Since what is happening with the key is closely monitored by the system, it can, for example, interpret the driver's behavior and adapt its response accordingly. For example, if the pilot quickly moves away from the car and disappears from the antenna range, the system may recognize that the driver is leaving the car and - after checking that no one is inside - locks the locks.

Many new models feature additional sensors under the rear bumper. If the person with the remote control is approaching from the side of the trunk, he does not have to touch its handle to open the trunk. All you need to do is make the right leg movement - it is a very convenient solution when both hands are busy shopping.

Keyless system - what to do when the battery runs low or the system fails?

What happens if, for example, the battery in the remote control runs out or the battery in the car runs out? As a rule, the driver is informed in advance about the discharging battery in the key, and after entering the car a warning message is displayed on the dashboard. If the owner does not replace the battery, he can still get into the car.

Inside the modern key there is a standard metal tip - it just needs to be pulled out. However, it is worth checking in advance in the car's manual how to get to the locks in the car, because they are often hidden under plugs.

What about starting the car in the event of a system failure? In some cars with the keyless system, a classic ignition switch has been kept, in which you can insert an emergency mainsail. Usually there is a place on the dashboard for a card or a key. In the event of a discharged battery, the key should be inserted into the socket, and the code needed to unlock the immobilizer should be obtained using an inductive antenna.

In new car models with the keyless system, the smart key can do much more than just open the door and unlock the car's anti-theft security features. In some systems, a driver profile can be assigned to a specific key, including, for example, preferred seat or mirror settings.

In some Ford models there is, for example, a speed limitation function assigned to a specific key, or even a limitation of the audio system volume - this is a great solution when, for example, a parent entrusts the car to a not very experienced or simply irresponsible young driver. For many years, BMW has been collecting information on the vehicle's status, e.g. its recorded faults or even its mileage, in the keys.