Access control and automation to hotels in the Roger offer 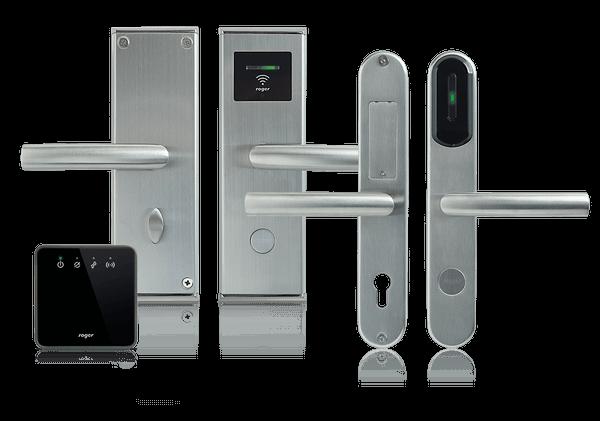 Access control and automation to hotels in the Roger offer

These types of castles have a huge advantage.Installing them usually boils down to small assembly work in the door leaf and - what is very important - there is no need to perform any additional wiring.In the case of this type of lock, users are usually used to confirm identity cards or - less often - magnetic.Access rights are saved on the access card.In addition to the information about which transitions can be opened with a given card, the date of its validity is usually saved.

A separate group are castles equipped with radio communication interfaces.These locks are more technically advanced and therefore more expensive.In systems where radio communication is used, it is possible to obtain identical functions as in wired systems.It is possible to monitor the system operation and efficient management of access permissions from the software level.In the case of battery castles with radio communication.Depending on the system, access points can be operated from one to several locks.Radio wireless locks usually use the2.4 g band shared with the Wi-Fi network.For this reason, there is a threat of unintentional or intentional action, which will disturb radio connectivity, which is why castles of this type can usually work in emergency mode, in which access is granted according to simplified rules - often based on a list of cards, which is permanent or dynamically written inzipper electronic memory.

Photo.2.Hotel terminals of the RACS 5 system

Each of the access control systems currently offered by Roger (RACS 4 and RACS 5) has functions created for hotel applications.However, it is not about a wide spectrum of specific functions expected in hotel facilities, but rather about inexpensive solutions ensuring a minimum of necessary functions related to access control and possibly basic automation.The company's offer also includes a group of devices for hotel applications, which includes HRC controllers as well as access terminals and HRT control panels.The scope of the functions of these devices will meet even the highest requirements.

Wired systems are used mainly in new facilities where the arrangement of cables does not create significant problems, and the use of wired devices enables advanced functions, and as a result high comfort of use.

The RACS 4 system in hotels allows you to control access to rooms and in public crossings.As part of automation, it is possible to control electric power supply in rooms and ensure hotel signaling (do not disturb, clean, etc..).The controller can be a standard device from the PR series or intended for use in the hotel, PR821-CH controller placed in a reader housing with a contactless card pocket.

The RACS 5 system offers a much larger range of functions for use in a hotel than RACS 4, and additionally provides so -called.integration server, which is a very important value.The software of this server allows the programming of the RACS 5 access control system with hotel management software, and in particular with the software used at the reception.Thanks to the integration server.In addition to controlling electric power supply in hotel rooms and RACS 5 hotel signaling, it allows lighting to control lighting using lighting scenes, as well as monitoring room status from the system management software.The system can be used to control access to hotel rooms, in common crossings, to elevators and parking, all with the same management software.

Using devices from the HRC and HRT series in hotels

The Roger offer includes HRC102DR and HRC402DR access and automation controllers, which were created especially for hotel facilities.These controllers can work with peripheral devices, which include corridor readers, pre -paid pockets, general and special purpose control panels, air conditioning control panels and expanders of the We/O line.These devices are available in concealed and surface -mounted versions.They are equipped with glass front panels.These panels are durable and aesthetic, which is particularly important for hotel devices.The HRC series controllers allow you to control access to shared rooms and guest rooms, and also ensure hotel signaling and automation in the room.The set of automation functions is very large and contains M.in.Air conditioning control in a two- and four-shirt system, minibar access control, advanced electric power control methods and lighting, window opening detection, various alarm signals, as well as the use of room in modes with a registered and registered guest modes.HRC controllers can be used to control access to both rooms and common rooms.Roger does not offer the management software with these controllers and is limited to providing communication reports enabling their configuration and management.In this case, the management software is provided by the integrator, which is usually the supplier of the hotel software.A comprehensive service consisting in the supply of hotel management software and operation of equipment for controlling and room automation for many years has been offered by Roger Partner - GIP, which specializes in offering access control systems, automation, automation and IT solutions intended for use in hotel facilitiesand related in the broadly understood HoReCa sector.

Due to the fact that the number of hotel facilities in Poland is much smaller for now than in Western European countries, it should be expected that with its increase there will be an increase in the demand for building electronics.Therefore, Roger engineers are working on subsequent products that can be used in hotels.The company plans to add mechatronic locks adapted to apartments intended for short -term rental to its assortment, as well as expand your offer related to the management of advanced access control systems and automation systems intended for use in hotels.