GSM/WiFi wireless cameras: Remote monitoring with a preview and alarm on the phone from anywhere in the world 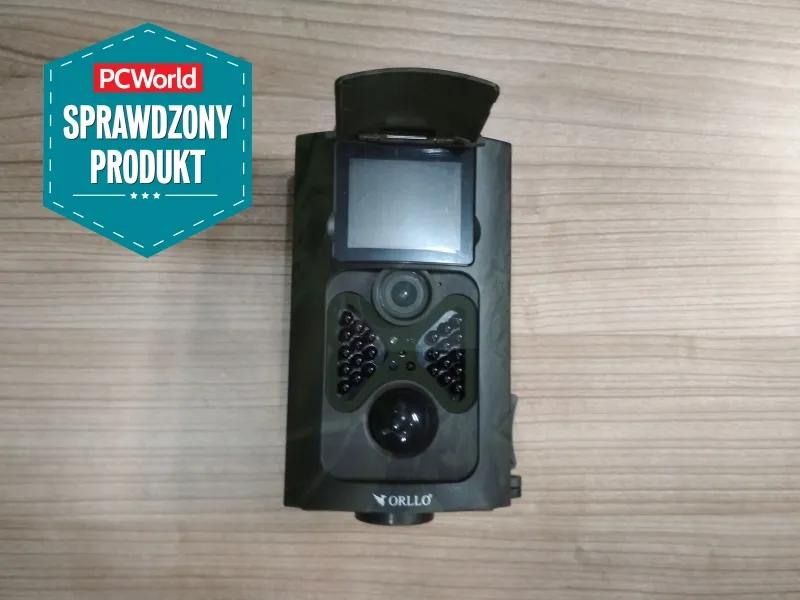 GSM/WiFi wireless cameras: Remote monitoring with a preview and alarm on the phone from anywhere in the world

The development of safety -related technologies means that increasing requirements also appear in relation to monitoring cameras - both internal and external.Modules that allow wirelessly to connect to the Internet (SIM card support) or WiFi, a capacious battery or remote service are useful here..We invite you to familiarize yourself with the review of devices that meet modern requirements while surprising with a reasonable price.

Orllo Huntercam1 is an example of a wireless outer camera (photoplap) with very decent technical parameters.It is an infrared camera, thanks to which it works very well in night conditions.All thanks to 24 built -in IR Black diodes (almost invisible to the eye) with a range of up to 20 meters.This device will therefore work as a tool supporting the protection of the house, parking or garage.

An extremely important feature of this device is also a mode of operation focused on maximum energy saving.When the built -in PIR motion sensor does not detect anything, the device goes into standby during which it consumes only 0.2 has energy.What's more, Huntercam1 also has the function of setting the hourly compartment in which it is to operate, which further promotes energy efficiency.Equipment, powered by 8 standard AA batteries, therefore the total working time is up to five months.

An alternative to battery power is the ability to connect a solar panel (this is not part of the set, but it can be purchased from the manufacturer's official website).In addition, Orllo Huntercam1 is a waterproof camera, which is why this equipment is ideal for protecting or observing areas where we are rarely or often moves away at a considerable distance - farms, breeding ponds, apiaries or for hobby observation of nature.

Orllo Huntercam1 is a SIM card camera, so we will find a built -in GSM/GPRS module here.Thanks to this, the device efficiently communicates with the outside world (a strong antenna is also helpful in this, which does not lose its range even in hard to reach places).The camera left in the field will easily send a photo after detecting traffic on four phones and two indicated e-mail addresses.Additional information that is applied directly to photographs is also helpful.Among them we will find M.in.camera number, temperature, date, time and battery condition.Interestingly, communication can also take place the other way - the user has the option of sending SMS commands to the device, and thus control of distance equipment.However, these are not the only camera control options.We also have the option of using a wireless remote control with a range of up to 9 meters and application for a PC dedicated to ORLLO equipment.It is worth emphasizing that the program has a menu entirely in Polish.Its service is therefore intuitive and does not require any specialist knowledge.

The device is equipped with an OMNIVISION 5647 5MPX image converter with an aperture f/1.8 and a wide -angle lens.This is a FullHD 1080p camera recording the image at 1920x1080 pixels at 30 frames per second and taking 16-megapixel photos.All data is stored on a memory card with a maximum capacity of up to 32 GB. 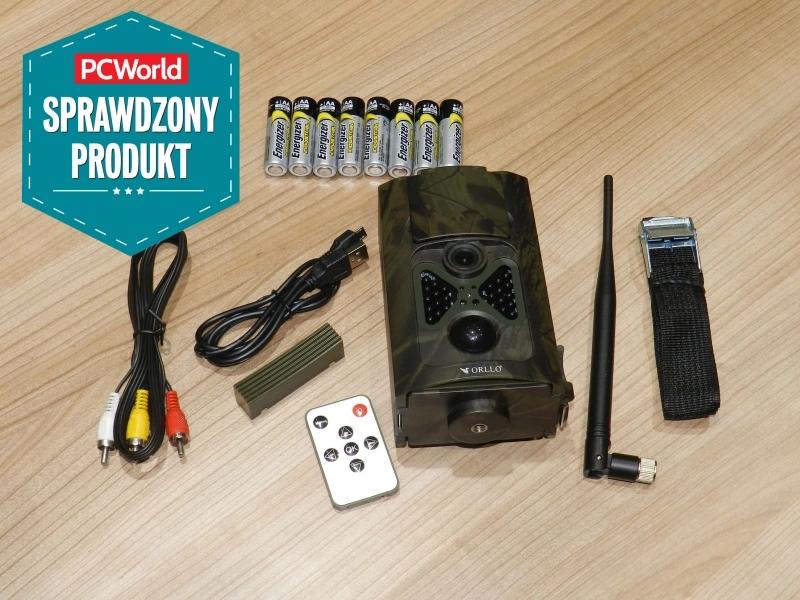 The problem of sleeping sleeping dreams of many car owners is the safety of their vehicle.Its level can be significantly increased by installing in the car optimized for the protection of this type of property.A good example of such a device is Orllo Force One, which has been equipped with a number of useful functions.

One of them is the Advanced parking mode, which reacts in the event of a blow to the vehicle or breaking the glass and automatically turns on recording, alarm and sends an alarm notification to the application.What's more, if we notice that the car moves (has been stolen), we can remotely start recording from the front camera and preview from the inner.Among the other technologies, it is worth mentioning the geo-gear (it allows you to define the area in which the vehicle can be located and move without activating the alarm), ignition status (notification of each time the engine is started) or listening (sound transmission from the place where the camera is located).Interestingly, voice communication may take place in both directions - the user has the option of sending a vote from the level of a mobile application directly to a car camera.

An important function of the equipment is the ability to communicate with the outside world, because the SIM card camera is.Orllo Force One has support for 3G network support, thanks to which there is an option to share the Internet, i.e. creating a WiFi hot spot for passengers.The camera also connects with a smartphone through the WiFi module.Thanks to the free application for Android/iOS, we can start the phone preview, modify the camera settings or send files.The program shows the current speed and exact position (thanks to the built -in GPS locator).Interestingly, we can then carefully analyze the entire route traveled.Using the application, we can remotely run recording and send a video to a phone/tablet.Car monitoring is also available via the web platform.

Powering the ORLLO Force One car recorder is constant.We connect it to the electrical installation of the vehicle.Thanks to this solution, we get a recording motorway when turning the key in the ignition.After switching off the ignition, the camera goes into standby.It is worth noting that the recordings are recorded on a medium in the so -called."Loop", where the oldest information is replaced by the latest ones.The exception is special events (identified in the case of collisions or sharp braking), which are stored in separate files.

The equipment has been equipped with ARM Cortex A7 Quad-Core 1.3 GHz processor with an OV2710 2MPIX image converter.Therefore, users have the ability to record an image in Full HD format (1920x1080 pixels) at 30 FPS and taking 2 Mpix photos with two cameras-external and internal.It is worth adding that Orllo Force One is an infrared camera.It has been equipped with a strong IR diode, which allows you to record a very clear image even in total darkness.All data is saved on a memory card of a maximum size of up to 32 GB.

Cameras for internal monitoring (home cameras) must meet several extremely important conditions.The most important of them is the maximum automated operation and the possibility of the most free transmission of the signal to the user often distant much kilometers from the monitored place.It is best, of course, if this transmission is completely wireless and independent of other devices nearby (e.g..Ruters or modems).If we add aesthetic appearance, good quality of the recorded material and a large amount of space for the data, we have an ideal camera.How is ORLLO SIMPLE 3G?

Orllo Simple 3G home camera is a very aesthetically made and universal device, the equipment goes very well with many types of interior design.The set also includes a wall holder and a magnetic camera stabilizing the camera and protecting against accidental overturning.

Orllo Simple 3G is a SIM card camera.The camera image can be sent to the outside world wherever there is a cellular network.In practice, this means that we can remotely monitor the space we choose and it is practically from anywhere in the world.The use of a mobile network transmission is not a necessity, because Orllo Simple 3G also has a WiFi module, thanks to which the device will easily establish communication, e.g..with a company wireless network.

However, these are not the only amenities related to communication.This recorder is equipped with the option of saving recording in the cloud.After detecting the movement, the camera records the material in the right place, and the user can view it at any time from the application to the phone or via a desktop computer.An undoubted advantage here is the fact that the films remain on cloud disks even when the device itself is destroyed (e.g..as a result of the thief).It is also worth mentioning the next security help in the event of burglary - alarm after detection of movement.Every time any movable object appears in the field of view of the device, the user will receive to his e-mail address or phone number, a message containing a short description of the event.

The undeniable advantage of the Orllo Simple 3G home camera is the Polish application for smartphones and the PC (image preview, browsing recordings from the card, alarms) and simple operation (Polish instructions, the possibility of remote configuration using the mobile application and PC) dedicated to the device..It is worth noting that the view of the recorded image on remote devices is possible even by several users at the same time.The image can be sent along with the sound, and the user can pass back to the camera, thanks to which the device can easily serve as an electronic nanny.

The camera has been equipped with a quad -core processor with 1/4 color COLOR COLOR sensor, aperture f/2.8 and a lens with a viewing angle of 110 degrees.Such equipment allows you to record an image in the quality of 854x480 WVGA or 1280x720 HD at speeds of up to 30 frames per second.Orllo Simple 3G is an infrared camera - it has an IR diode (PIR motion sensor) with a range of up to 10 meters, thanks to which video recording is also possible in total darkness.All data is saved on a replaceable memory card with a maximum capacity of up to 32 GB.Interestingly, we are always sure that the device will record what should.The camera works up to 4 hours without electricity, thanks to the built -in battery.