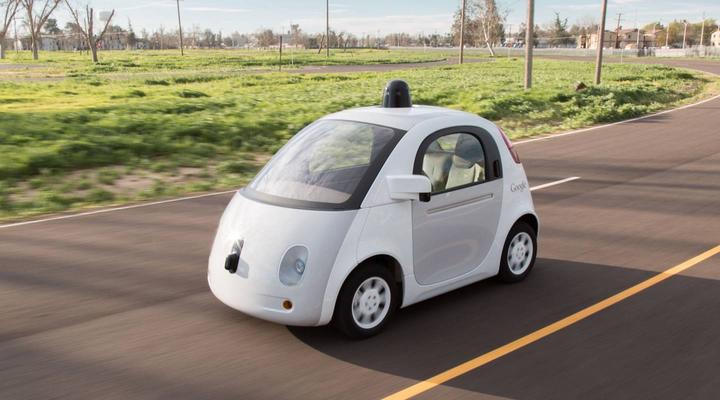 Velodyne is the inventor and producer of the so-called Lidar. The Laser Detection and Ranging system is a laser-based radar that spins hard to miss on the roof of a converted Lexus and any other Google car. Lidar continuously sweeps the surrounding area with 64 laser sensors. It recognizes everything - driving and parking cars, houses, trees and people. On this basis, the central test computer of the car carries out a 3D model of the surroundings and gives the car the appropriate commands.

This radar with 64 lasers continuously sweeps the surroundings and detects obstacles. The central computer adjusts the route.

In mass production, such a monster on the roof of a car is out of the question, the more so as the scanner itself, with a price of less than 66,000 euros, costs as much as a modern high-class car. But its significantly cheaper variant (7,000 euros), with 16 instead of 64 lasers, will go into series production. Thanks to it, there is no longer a crown on the roof - the sensors are more discreet and hidden, for example, in the front and rear bumpers or in the car's exterior mirrors. This will definitely improve the appearance of the car of the future.

A sensor in the grille measures the distance and speed of the cars in front. This technology is already present in some high-end cars.

In order for the car to know where to go, Google gathered very precise maps - partly from their own Street View cars, partly from buying them. Navigation maps contain information on speed limits and traffic signals. The radar does not recognize the color of the beacon, but cameras that recognize road signs do. In addition, the car learns the color directly from a central server to which all traffic lights transmit their status. This solution in the USA is already standard and enables autonomous road traffic.

A total of eight additional radar sensors monitor the car's surroundings - in particular to recognize passing and parking vehicles.

One of the most difficult communication situations are the equal intersections of four roads - also for the human driver. Especially since in the USA the right-hand priority rule does not apply. Here, whoever arrives first at the intersection has priority. Eye contact arrangements are the order of the day. Google's car behaves conservatively in such a situation and politely waits for all other road users to leave. However, when there are a lot of them, it can take a long time: then the test drivers had to intervene most often.

The roof-mounted laser radar is supported by numerous cameras that also watch out for traffic and read road signs.

What's missing from an autonomous car?

Lexus was just a step on the way to a driverless car. The company's youngest child is Google Driverless Car. The vehicle looks as if it has just rolled out of the Cars animated film. The fully functioning prototype has no pedals or steering wheel and offers space for two passengers.

Such vehicles could in the future be used as driverless taxis or for shorter courier journeys in cities. Although this little beetle on wheels looks peculiar, Google strongly believes in it: 150 copies of this vehicle went into production in January.

Google recognizes the world with a laser scanner on the roof and cameras. Effectively detects large and small obstacles and generates a 3D map from them. This map is the key to autonomous driving.

Despite the rapid progress, several factors are simultaneously slowing the development of autonomous cars:

Until all these problems are resolved, we have to press the gas ourselves.

Komputer Świat: How did the cooperation with Google come about? 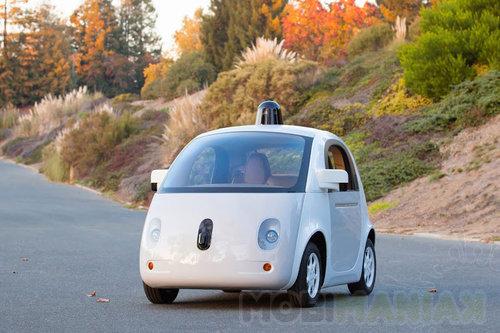 Juchmann: Velodyne and the Google development team met in 2005 at an autonomous car competition at the US Defense Area Advanced Research Projects Agency. Google did win, but the company found our Lidar to be the best sensor they could get. After the competition we got in touch and we have been working closely together since then.

Your newest sensor has 16 instead of 64 lasers. Isn't that dangerous?

16 lasers is enough if you put them together. To obtain the same result, one should be installed at the rear and one at the front or in the exterior mirrors. Together, the sensors cover the area around the entire car. The most important task was to reduce costs from the level of $ 80,000 and it was achieved. In addition, a driverless car is the ultimate goal, but the new, less expensive sensor kit primarily serves as Parking Assistant and Blind Spot Assist and can also be used in conventional cars.

Can you deliver sufficient quantities now?

We have delivered thousands of kits for autonomous test vehicles. With a new, cheaper set of sensors, we will increase deliveries to tens of thousands. If we expand our production capacity, we will be able to sell millions of these sensors for $ 500. Then Velodyne will also become interesting for the mass market.

When do you personally expect autonomous cars on the mass market?

It will take at least ten more years. In addition to costs, the legal situation is also a problem. But society also has to slowly prepare for it: the same was the case with normal cruise control and cruise control systems that automatically keep the distance to the vehicle in front - it also does not turn on immediately after leaving the garage. I can imagine that with self-driving cars it will be like this: I will drive through the city by myself, but when I hit the highway with the speed limit I would prefer the car to do the job for me. Trusting the technician will be a serious step. Also, car companies are asking themselves how to continue to use advertising slogans like "fun to drive" when all the work is done for us by the car.

The road to the autonomous car is long and rocky. Google has been following it for eight years.

Stanford University together with 15 Google engineers developed Stanley. The car, based on the VW Touareg, was able to drive partially autonomously. During testing, Google's designers encountered Velodyne - the company that is responsible for the roof sensor that today shows the way for every Google car.

Six years ago, Google began developing driverless cars. In order for the first such Prius to be able to take to the streets, special permits were needed. Until the necessary documents were obtained, the autonomous Prius was a rare visitor on the roads.

An autonomous Prius strikes a human-controlled Prius. According to Google, the autonomous Prius was actually controlled by a human hand at the time of the accident. The accident sparked a liability debate when a self-driving car is involved in an accident. To this day, it is not known whether the driver or the manufacturer is responsible.

On May 1, 2012, Prius passed his driving test at the Nevada Communications Office. Since then, his sign is the symbol of infinity.

The new Driverless Car has no steering wheel or pedals at the time of its presentation. However, in series production, both of these elements must be in the car - this is what the American authorities are demanding.

Even in ten years' time, Google's car will hardly be used for private purposes, only as a van or a substitute for a taxi.

»Read also: 10 Things You Didn't Know About Larry Page, the founder of Google