Drunken, aggressive bums rule the street! There is no whip on them ... 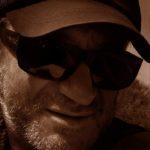 Drunken, aggressive bums rule the street! There is no whip on them ...

Kazimierza Wielkiego Street is one of many similar small streets located on the outskirts of the center of Bielsko-Biała. It is distinguished by an important and unpleasant detail for the inhabitants: it is a fear to show up there in the evenings. The street is ruled by drunk, aggressive bums!

For the inhabitants, the situation became unbearable. They see help in the city monitoring camera, whose eye would closely observe what is happening in the most sensitive place. That is, in the area of ​​the intersection of Kazimierza Wielkiego Street and Bohuna Street, where there are two shops where you can buy alcohol. Residents want the city authorities to set up such a camera there as soon as possible. The matter was even brought to the forum of the City Council. "The tenants of the apartment blocks located next to them are afraid of people consuming alcohol due to the aggressive behavior of the intoxicated, threats and insults," we read in an interpellation submitted to the mayor of the city by Karol Markowski. also statistics. Last year alone, the security services recorded about 70 interventions in this place! (i.e. an average of 1.5 per week). All of them concerned the consumption of alcohol in public places, hooligan acts or disturbances of public order and order. A glance at the police threat map is also enough to realize how large the scale of this phenomenon is. The entire area is speckled with markers for alcohol-related offenses. Could the camera help to put an end to this pathology?

Lights and shadows of monitoring

Yes and no. On the one hand - it follows from the statements of city guards - where the camera is installed, there is actually a certain decrease in the offenses committed previously. On the other hand, when it appears, those who committed these offenses (most often amateurs of cheap drinks drunk outdoors) move to a slightly different - unmonitored - place and the practice continues. It's just that the nuisance happens to someone else. More residents are asking for the installation of the camera. Meanwhile, cameras cannot be installed everywhere (there are already about a hundred of them in the city, and there are also almost 70 ITS systems that monitor selected intersections and bus stops). One - because it would be an extremely expensive undertaking, two - because living in such an "Orwellian" reality would not be acceptable to everyone. Something else is puzzling. We have not dealt with this pathological situation on Kazimierz Wielki Street for a year or two, but for many years (we have already written about it many times in the "Chronicle") and nothing changes. Residents complain, remind, complain, and the services responsible for order are apparently unable to cope with a group of drunks. And not very numerous, because usually during an intervention it is necessary to discipline only a few intoxicated people. Maybe you just need to act more often, more decisively, and on several fronts. It is no secret that the bum is not attracted to this place by the charm of Kazimierz Wielki Street, but the possibility of buying alcohol there, even late in the day, and drinking it at the store.

As for the camera, it is possible that it will be installed. However, probably not earlier than next year. It is true that the city guard intends to install six more in the city, but in already pre-selected places for which technical designs for such an undertaking have been prepared. The camera cannot be hung on a pole just like that. You have to bring an optical fiber (or radio line) to this place and connect everything to the municipal monitoring network. Besides, these are not cheap things and first you have to set aside a lot of money in the budget for this purpose. Therefore, so far - we heard in the guards' headquarters - the described area will - not for the first time - be included in the so-called short-term task card, i.e. a list of places in the city visited by city guard patrols with high intensity at different times of the day and night. In addition, the guards urge that none of the offenses committed there go unnoticed. So they ask the residents that whenever public order is violated there, a patrol by the police or the city guard is called.